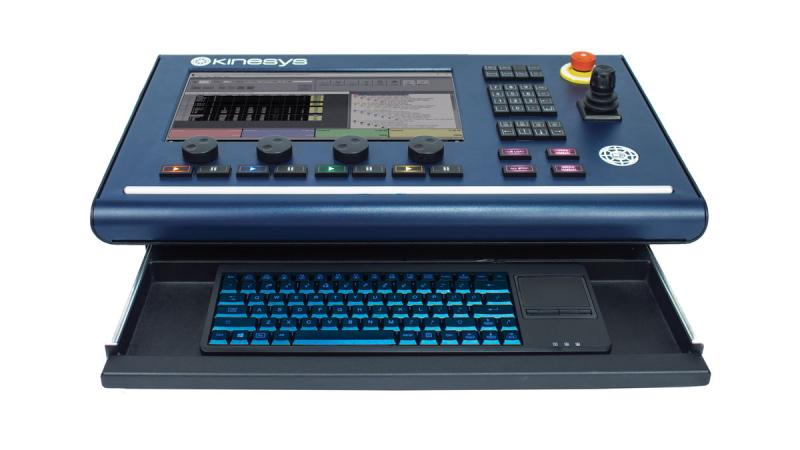 The Vector Console is an all-in-one control solution with a built-in dedicated PC running our industry established Vector Software. Vector users can run, edit and control cues via the keypad built in to the console, which mirrors the familiar layout of the keypad bundled with our initial Vector software release. However, the user interface has also been expanded to include a 15.6″ backlit widescreen LCD with capacitive touchscreen, jog-wheels, joystick and stop/start buttons, as well as a dimmable backlit keyboard and trackpad for direct access to core Vector functions.