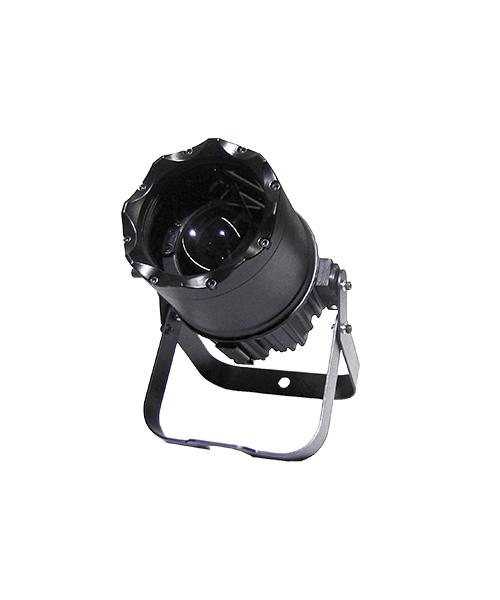 The GLP X4 atom has been designed from the ground up to be a new standard in versatile lighting fixtures, with a powerful 30W full color LED source.

With its small body, designed to fit subtly into the tightest spaces yet give big coverage, the X4 atom is a new everyday fixture for static sources. From television and film, to corporate events, set lighting and special events. From concert touring stages to architectural elements, the X4 atom has a use everywhere.

The X4 atom is fitted with a brighter 30 Watt version of the same quad color LED source used across the X4 range. This enables full color matching across fixtures and enables the X4 atom to really cut through, despite its compact size.

But the X4 atom houses a lot more besides, starting with a 9 to 1 ratio zoom that goes from a wide 34° wash down to a tight 3.5° beam for pinpoint accuracy and great mid-air effects. All the while maintaining a clean output and even distribution of color and intensity.

As versatility is the key, we made the housing IP 65 rated allowing it to be used on events and shows all year round, indoors or out.

And for times when one X4 atom just isn’t enough, we’ve created a clever and fast interlock system that allows fixtures to easily be coupled together.

The standard hanging yoke is easily removed and you can quickly assemble pairs, quads, lines and grids of fixtures in any configuration that you need – and still keep individual control of each atom, creating stunning displays.

The X4 atom runs from an external power supply that feeds each fixture via an industry standard 4 pin XLR cable, tapping into existing infrastructure and reducing the overall environmental impact of the atom.

Accessories include hanging and floor mount brackets for setting up fixture arrays, an IP 65 rated battery and wireless DMX pack, filter holders for diffusions or ND, and a range of PSU sizes.